Many thanks to Chris and Marisol for planning the memory map star event at Van Asch School. Despite the unfinished road works, this was a fun event under a blazing hot sun which sorted out those who are fit and who have some kind of memory!

As far as the results are concerned unfortunately there were a few names missing, and a few times missing and a few clip cards missing, but the organisers have done the best they can with the available information. You will find the results here.

The run was followed by the AGM at which a number of worthy recipients received magnificent awards.

President’s Award
This was presented to Vivien Bloor for her tireless work in accommodating the many restrictions and changes encountered in the planning of the events’ calendar, the way she encourages planners and controllers to commit to an event and the cheerful way she overcomes any obstacles put in her way.

New Life Member
The committee had pleasure in awarding Trish Faulkner a Life Membership for her contribution to the club. Trish joined in 1992 and was Secretary 1995-1996, NZOF President 2001, PAPO President 2002-3 and a committee member for approximately 19-20 years, the longest in the club’s history. Trish is the 8th life member of PAPO. 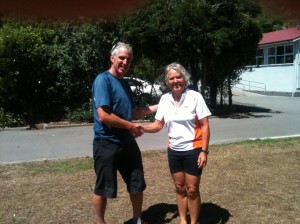 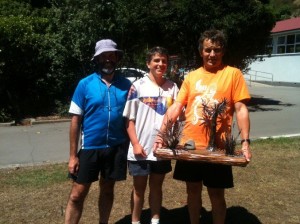